The Coordinator of Society of Young Nigerian Writers (Anambra State Chapter) and initiator/host of the Chinua Achebe Literary Festival and Memorial Lecture, Izunna Okafor, has announced that the 2022 edition of the event will still hold, despite losing his beloved father, Mr. Josephat Okafor Udeze, just six days to the event.

Okafor, in an interview with this reporter, described his father's death as his greatest loss and the worst news ever in his life, and said it happened at the unexpected time.

It was gathered that Okafor's father, aged 68, died on Thursday, November 10, 2022, after a brief illness, thereby throwing Izunna Okafor and the entire Okafor Family into an unexpected period of mourning. While describing his late father as a cheerful, gallant, caring, hardworking, and benevolent man loved by all; Okafor said his Dad (popularly known Joe De Things) meant the world to him, and would be so dearly missed by all who had come across him, as he was a man of the people, always ensuring that anyone who came across him was happy and comfortable. He also attested that his father, a well-known electrician, lived a remarkable and heroic lifestyle; and prayed for the peaceful repose of his soul. However, when asked whether the 7th Chinua Achebe Literary Festival and Memorial Lecture, slated for November 16 will still hold this year; Okafor, who is a multiple award-winning author and journalist, said the event will still hold as planned; even though he is in a mourning mood.

“Although I'm mourning my dad, and my entire family is in sorrow; but what can I do? We had begun and gone far with the planning of the event before this unfortunate news came. It is so painful, and happened just six days to the event. I must confess that it truly ‘disorganized’ me. Nevertheless, the event will still hold as planned,” he said.

Okafor further recounted that similar incident also befell him in 2016 when he was planning that year's edition of the event, as his younger brother, Elochukwu Okafor died just few weeks to the event. He, however, said that year's event eventually held as planned, despite the emotional trauma he was suffered as a result of the death of the 16-year-old brother.

“That's part of our selfless services to humanity, and our little contributions to the growth and development of literary arts and the society at large,” he concluded.

The 2021 Chinua Achebe Literary Festival and Memorial Lecture will hold on November 16, 2022 at the Anambra State Central e-Library, Awka, starting at 11.am, with many guests, writers and literary enthusiasts expected from different parts of the world. 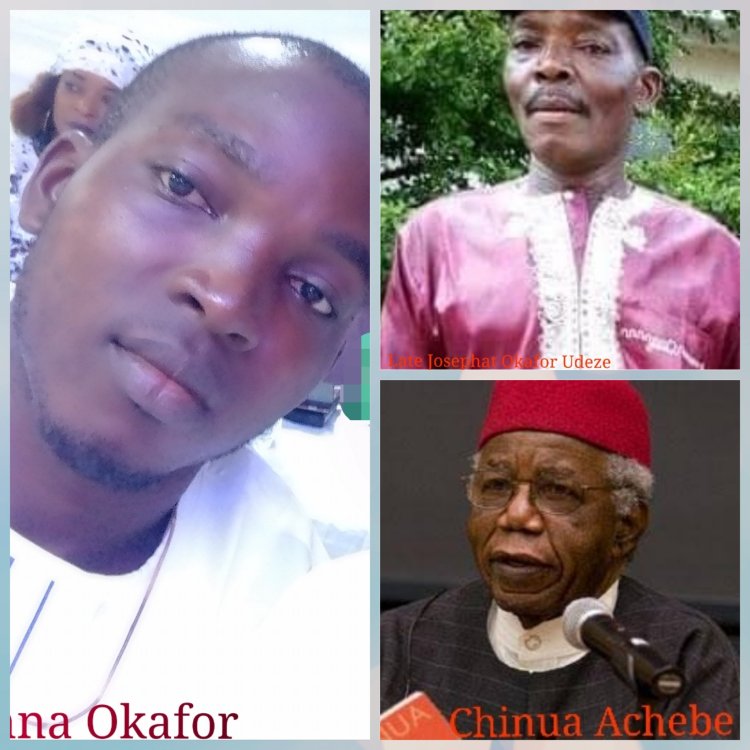 Read More
Reply · Share · 879 Views · Report · 1
Attention
We use cookies to serve you better. We have to let you know this in accordance with EU laws. You accept our terms and conditions by using this platform. Please Click on the OK button below to hide this message
OK, I Accept