The 110-year-old Otuchalu Ugwuoba, Chief Tagbo wondered why Enugu State Housing Development Corporation should be rubbishing the good image of Governor Ugwuanyi by dabbling into communal land politics and constituting nuisance for the state government and the Governor.

He asked the Enugu State Housing Development Corporation destroying their farms, cash crops and property worth several millions of Naira to stop forthwith as that has caused untold hardship and agony to so many families whose building projects on their lands have been truncated.

Chief Tagbo, flanked by the Chairman of Eziachi village, Prince Emmanuel Chukwu Nwokeabia, 95  year-old Chief Atuba Nwammuo, and 85 year-old Chief Nwachukwu Fidelis, among others, requested Governor Ugwuanyi to intervene in the numerous unnecessary land grabbing in Ugwuoba axis of Enugu State by instructing the Enugu State Housing Development Corporation to follow due process in acquiring land for its housing development, which nobody is against but which its modus operandi is totally condemnable.

Chief Tagbo questioned why communities that have no land in Eziachi village should hand over their ancestral land and that of other communities to Enugu State Housing Development Corporation and they went into development without recourse to the land owners and their neighbours who also have land in the 150 hectares Ibrahim Abacha Estate Ugwuoba.

The Ugwuoba oldest man told Governor Ugwuanyi to call them to a meeting to hear their own side of the story with all documentary evidence, even as he reminded the Governor that Agolo/Okpuno had no boundaries with them or their neighbours at Obinagu end, adding that the natural boundaries have been the stream/river. He wondered why the Enugu State Housing Development Corporation allowed itself to be decieved by the people of Agolo/Okpuno village.

Corroborating the lamentations of the oldest man in Ugwuoba, the Chairman of Eziachi Village, Prince Emmanuel Chukwu Nwokeabia said his village gave no government agency any land and should be spared of the embarassing scenario, harrasment, intimidation and mental torture, by meeting the community for a peaceful resolution of the imbroglio.

He wondered why the MD of Enugu State Housing Development Corporation, Mr Chiemerie Agu would be conniving with people outside their village to sell their village land to the extent of chasing them away forcefully from their aboriginal land.

Eziachi village Chairman continued: “Why is Enugu State Housing Development Corporation bent on forcing us to leave our land? They want us to abandon our houses and run. They are not considering that we have houses there. But it's not feasible unless they want to spill our blood by killing us. They want our children homeless.”

He reminded Governor Ugwuanyi that the case is in court, even when the Housing MD is claiming they have been settled. He asked Governor Ugwuanyi to investigate how the MD settled the people of Eziachi. He also wondered why MD of Housing Development Corporation is creating bad blood for the government of Enugu State?'

For Chief Atuba Nwammuo, natural boundaries have always been river and no one crosses the river to dispute over land. He also appealed to Housing Development Corporation to leave their land for them.

www.odogwublog.com investigation reveals that the Eziachi Community is in court with the Enugu State Housing Development Corporation and its parent ministry, Ministry of Lands and Urban Development and its Commissioner in suit number HOR/34/2018 in an Enugu state High Court, Oji River Judicial Division. Plaintiff and representative of Eziachi village Ugwuoba were Chief Paulinus Udekwe , Prince Emmanuel Chukwu Nwokeabia and Elias Ozor.

They are asking Enugu State Housing Development Corporation to stay away from their large expanse of land at Amagu, Owelle, Nkpuno, Abonta, Uno-Achalla and Agu Ubulu.

www.odogwublog.com further reports that Eziachi village people described the Enugu State Housing Development Corporation's Managing Director, Mr. Chiemerie Agu as a liar for claiming that the cooperation has settled the village over the land, wondering what he meant by 'that their rightful collective agitation was a “sponsored publications targeted at the Enugu State Government in lieu of the housing project at Obinagu village in Ugwuoba, Oji River Local Government Area of the State''.

They described as a big lie and frowned at the claims by the MD Housing Development Corporation Managing Director that that all the villages, including Okpuno, Agolo, Eziachi, Anaocha and Nkpoga are beckoning on government to hurry up to develop the land while few people from Obinagu are busy trying to lay exclusive bogus claim over the entire land and at the same time tampering with the buildings which were erected by the Corporation.

They wondered if a tenant or someone without locus over a landed property can donate a land or a property he or she has no authority over to another, hence he is asking on what locus, Agolo and Okpuno have to donate their land to Enugu State Governor or government.

The Community also condemned the desperation to cover up their malacious intent to covet their land by claiming that the raising of alarm for Government to hear their voice and for the Governor to intervene as a sponsored and fallacious publication “The said publication, lacking the consent and authority of the good people of Ugwuoba by asking Governor to visit them to see things for himself.

www.odogwublog.com had tried severally to speak to the Chairman of the Enugu State Housing Development Corporation, Mr. Chiemerie Agu, but to no avail, only to see a statement credited to him, where he was claiming the agitation was sponsored and spurious, lacking merit and of no effect.

Agu also claimed in that statement that the agitation was baseless and false narratives, capable of inhibiting development in Ugwuoba Community.

He noted that “many a time, the reason for concentration of social amenities and infrastructure in a particular area, called urban, may not actually be the fault of those in government positions, but selfish interests of few individuals in the community blocking Government from developing their land.”

He referred to Ugwuoba Community's agitation over the acquisition of their land for development as 'unfortunate', noting that refusal of some communities to embrace innovations is a great setback to Development.

That statement reads in part: “In many cases, such decisions are being taken by few individuals who are after their own personal gains as against the overall interest of the community. They could only achieve this, true cheap propaganda, malicious and deceptive publications.

“The said publication was not only fallacious but lacks the consent and authority of the good people of Ugwuoba.”

The MD further stated that “The land in question is a parcel of land lying along Enugu—Onitsha Express road, measuring approximately 150 hectares which was diligently and duly acquired in 1995 by the then Military Administrator, Col. Mike Torre and handed over to the Enugu State Housing Development Corporation with the Certificate of Occupancy, dated 6th June 1996 and registered as no.38 page 38 in vol. 1071 land registry in the office at Enugu.

“The corporation commenced development of the land in 1995 immediately after the acquisition and some buildings were at different levels before the change of government which led to the suspension of work at the Estate.

“TlThe Corporation is wondering why the sponsored publication is springing up 26 years after the land acquisition. If not the change of government, the estate would have been a completed project for the past 26 years.

“All the villages, including Okpuno, Agolo, Eziachi, Anaocha and Nkpoga are beckoning on government to hurry up to develop the land while few people from Obinagu are busy trying to lay exclusive bogus claim over the entire land and at the same time tampering with the buildings which were erected by the Corporation.”

While saying that the Coroperation is willing to listen to genuine grievances of some aggreaved people of Ugwuoba, the Corporation admitted the existence of a court case on the land thus: “That the alleged court case was between the villages on who gets what from the compensation and does not have anything to do with the Estate.

“That the Corporation is using this medium to sound a note of warning to the distractors who are deceiving the public that we shall not hesitate to employ legal action against those people for criminal activities, trespass, false information and libel if they fail to desist from such act. The sponsors of these falsehoods will soon be unmasked and their true identities and mischievous intentions revealed.

The Eziachi village Ugwuoba faulted all the claims of the Housing Development Corporation, and warned developers and investors to stay away from the land as no intimidation shall allow them chicken away from their ancestral land for an unknown and selfish Government agents to take over without thier consent and support. 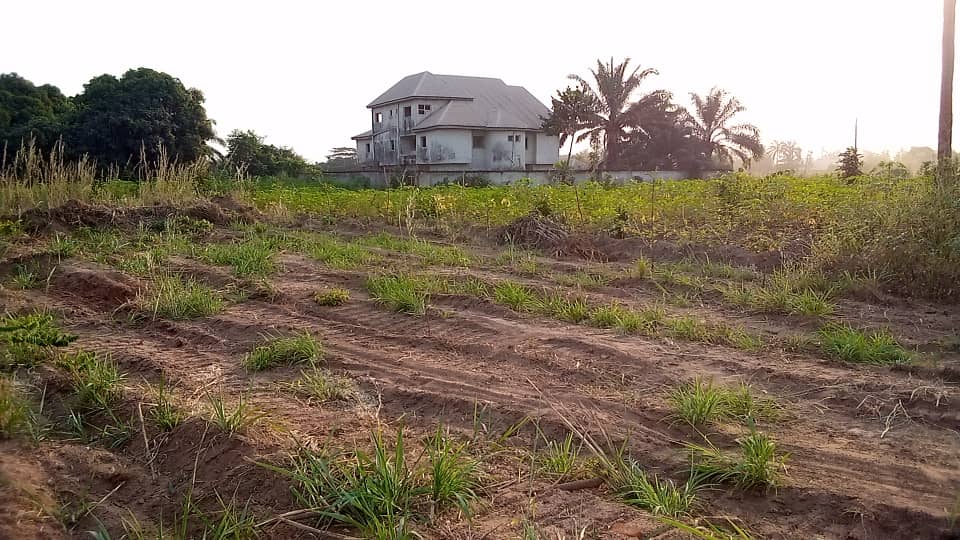 Read More
Reply · Share · 3.3k Views · Report · 1
Attention
We use cookies to serve you better. We have to let you know this in accordance with EU laws. You accept our terms and conditions by using this platform. Please Click on the OK button below to hide this message
OK, I Accept