The burial ceremony, held in Adichie's hometown, Abba in Njikoka Local Government Area of Anambra, began with a Holy Mass presided over by Auxiliary Bishop Jonas Benson Okoye of the Awka Catholic Diocese, and drew the attendance of Ex Governor Peter Obi of Anambra State, the Vice-Chancellor of Nnamdi Azikiwe University, Awka, Professor Charles Esimone, among other intellectuals and personalities, including the members of the Society of Young Nigerian Writers (Anambra State Chapter) who went to commiserate with the Adichie Family.

In his homily, Bishop Okoye described Prof. Nwoye as a hardworking man who used his wealth of knowledge, intellect and finance to serve the humanity, looking at his past records and legacies. He thus urged Christians to always show love to anyone they come across and live a worthy life that will not only give joy to humanity, but also earn them eternal repose at last.

On her own part, Chimamanda Adichie, who read the scriptures (both in Igbo and English languages) during the pontifical burial mass that held in St. Paul's Catholic Church, Abba, said her father lived an examplary life and was the kind of man everyone would love to have as father.

"My father was a very remarkable, kind and loving father. He was also a patient and honest man of integrity. He always had time for his children. In fact my father was the bedrock of whatever I am today. So I don't think I could have had a better father than him. I love him, and I will miss him so much," she said.

Contributing, former Governor Peter Obi of Anambra State who was also the Vice Presidential candidate of the Peoples Democratic Party (PDP) in the 2019 Presidential Election recounted his encounters with the deceased, and attested that he was an iconic man of peace who left enduring peace and legacies for his children and the society.

Popularly addressed by his chieftaincy title of 'Odelọra', Late Prof. James Nwoye Adichie who died on Wednesday June 10, 2020 at the age 88, was the first professor of Statistics in Nigeria. He is survived by Mrs. Grace Ifeoma Adichie (wife); Ijeoma Adichie, Uchenna Adichie, Chuks Adichie, Okey Adichie, Chimamanda Adichie, and Kenechukwu Adichie (children), as well as many grandchildren and other relatives. 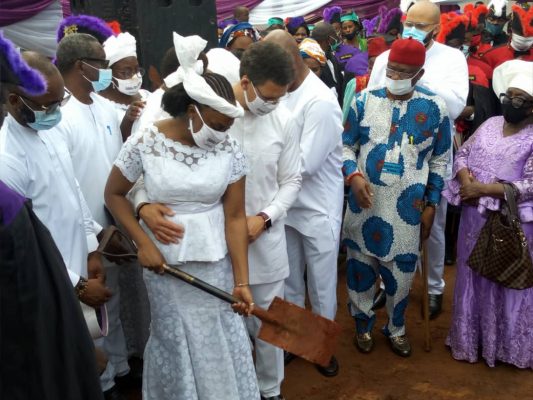 Read More
Reply · Share · 1.9k Views · Report · 10
Attention
We use cookies to serve you better. We have to let you know this in accordance with EU laws. You accept our terms and conditions by using this platform. Please Click on the OK button below to hide this message
OK, I Accept