"Cry Of The Forest", a popular short story by award-winnig Nigerian writer, Godwin Cornelius Udagbor, has been translated into Hindi, an Indian Language. The translation was carried out by an Indian writer, Mrs Rukiya Begum, a poet, famous for works in her country, India.

Earlier in 2018, Cry Of The Forest received powerful recommendation from two Indian Literary giants; Professor Sahjahan Ali Ahmed and Dr Rajdeep Chowdhury. Udagbor’s work has been flying since its publication in 2018.

It has been revealed that Rukiya Begum began the translation in March 2020 and finished it in June of the same year.

Information has it that a mass production of the newly translated work is in progress, following useful negotiations between the author, Godwin Udagbor, his legal team, and the translator, Mrs Rukiya Begum.

The translator has been an avid (online) admirer of "Cry Of The Forest" and its author, an admiration that eventually culminated to such an intellectual relationship. Their online discussion invariably centered on  Polygamy.

Presumably, it was this shocking contrast that magnetized Mrs Rukiya Begum that she decided not to let it go unattended to; hence, she decided to translate, from English to Hindi, Godwin Cornelius Udagbor’s bombshell as far she is concerned.

On his part, the author, Godwin Udagbor wishes that he could speak and write Hindi to enable him know and feel the emotions of a Hindi reader who has just discovered that, on the same planet earth, lives another version of the Polygamy their tradition has always fed them with. 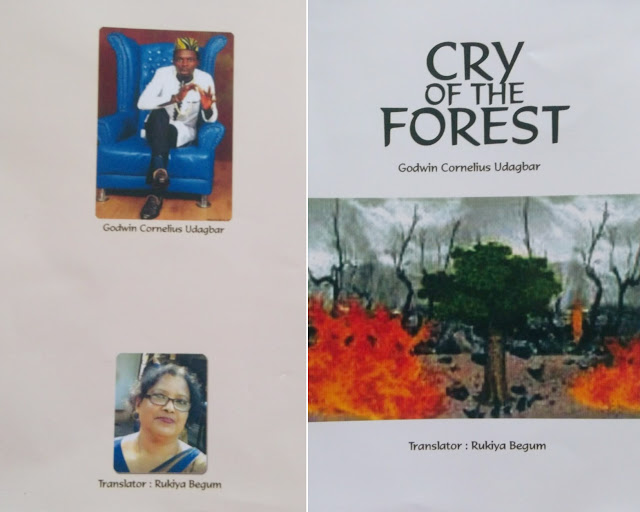 Read More
Reply · Share · 2.9k Views · Report · 1
Attention
We use cookies to serve you better. We have to let you know this in accordance with EU laws. You accept our terms and conditions by using this platform. Please Click on the OK button below to hide this message
OK, I Accept