It was Antoine De Saint-Exupery who once said "Love does not stop at gazing at each other, but involves looking outward together in the same direction, and taking a mutual stride thereto."

It is on this age-long dictum that the award-winning Nigerian author, Godwin Cornelius Udagbor sets to walk down the aisle with Marygina Akan Owan.

In an interview with our reporter, Godwin, who, together with his spouse, hails from Bekwara Local Government Area of Cross River State, said the traditional marriage will hold on 30th November at Ochagbe in the Bekwarra Local Government, while the white wedding will hold on 7th December at Christ the King Catholic Church, Kubwa, Abuja.

Disclosing how he found his inamorata, the scribbler explained that Marygina found her way into his life through the Facebook window, following a post about his classic short story — Cry of the Forest — which is an epic story that looks at the place of polygamy in civilization.

Godwin had, through the book, proved his worth in the field of pen, following its shortlisting in the first ever Dusty Manuscript Contest in 2018, and consequent panegyric showered on the book by literary doyens and savants, including award-winning authors, critics and publishing companies, both nationally and internationally.

It was Marygina’s fecund inquisition to know the author of the Cry of the Forest, which is a story about Ochagbe, her home town, that birthed  love. The 'cry' attracted her attention to the forest, and in rummaging the forest, she found smile, which at last birthed their love.

"In tightening this nut of everlasting affection," Godwin says, "I and my heart throb therefore, joyfully invite writers, readers, publishers, friends, well-wishers and other literay enthusiasts to join us in these epoch-making events and conviviality."

In his words, "The traditional marriage will hold on 30th November, 2019 at Akan Owan Compound, Afrike Ochagbe in Bekwarra Local Government Area of Cross River State, while the white wedding will be on 7th December, 2019 at Christ the king Catholic Church Kubwa FCT, Abuja, Nigeria, starting at 9.am."

A bright and ardent young Nigerian Writer, Godwin Cornelius Udagbor started his writing career back then in his university days which earned him the highly contended opportunity to serve as a PRO to the Federation of Catholic Medical and Dental Students(FECAMDS).

In 2010, he received a diplomatic certificate from World Bank for International Essay Competition.

He has published a plethora of articles about critical issues bordering on the affairs of Nigeria as a country.

His debut novel, "Bena's Dream Comes True" was published in 2014, and was indeed a worthy contender at the 2015 NLNG prize.

As a fast rising author, Godwin has helped upcoming writers in a plethora of ways, to find their feet in the literary field. Some of his mentees, Omeiza, the author of "Cry of An Orphan" and Queen Easter Ashim, the author of "Friends Forever" stand out as quintessential testimonies of his mentorship, as some of their books are currently used as literary texts in all schools in the Federal Capital Territory, Abuja.

He is a member of over 40 literary organizations online.

Currently, he is the Coordinator of Society of Young Nigerian Writers (SYNW) Abuja Chapter. 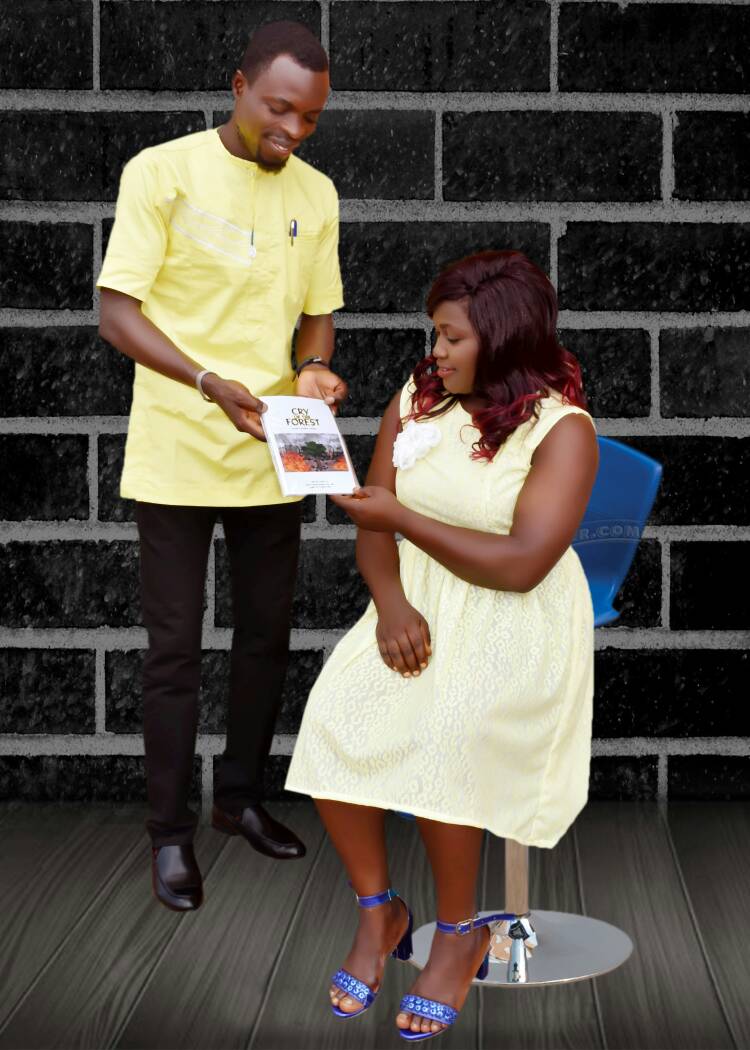 Read More
Reply · Share · 6k Views · Report · 2
Attention
We use cookies to serve you better. We have to let you know this in accordance with EU laws. You accept our terms and conditions by using this platform. Please Click on the OK button below to hide this message
OK, I Accept