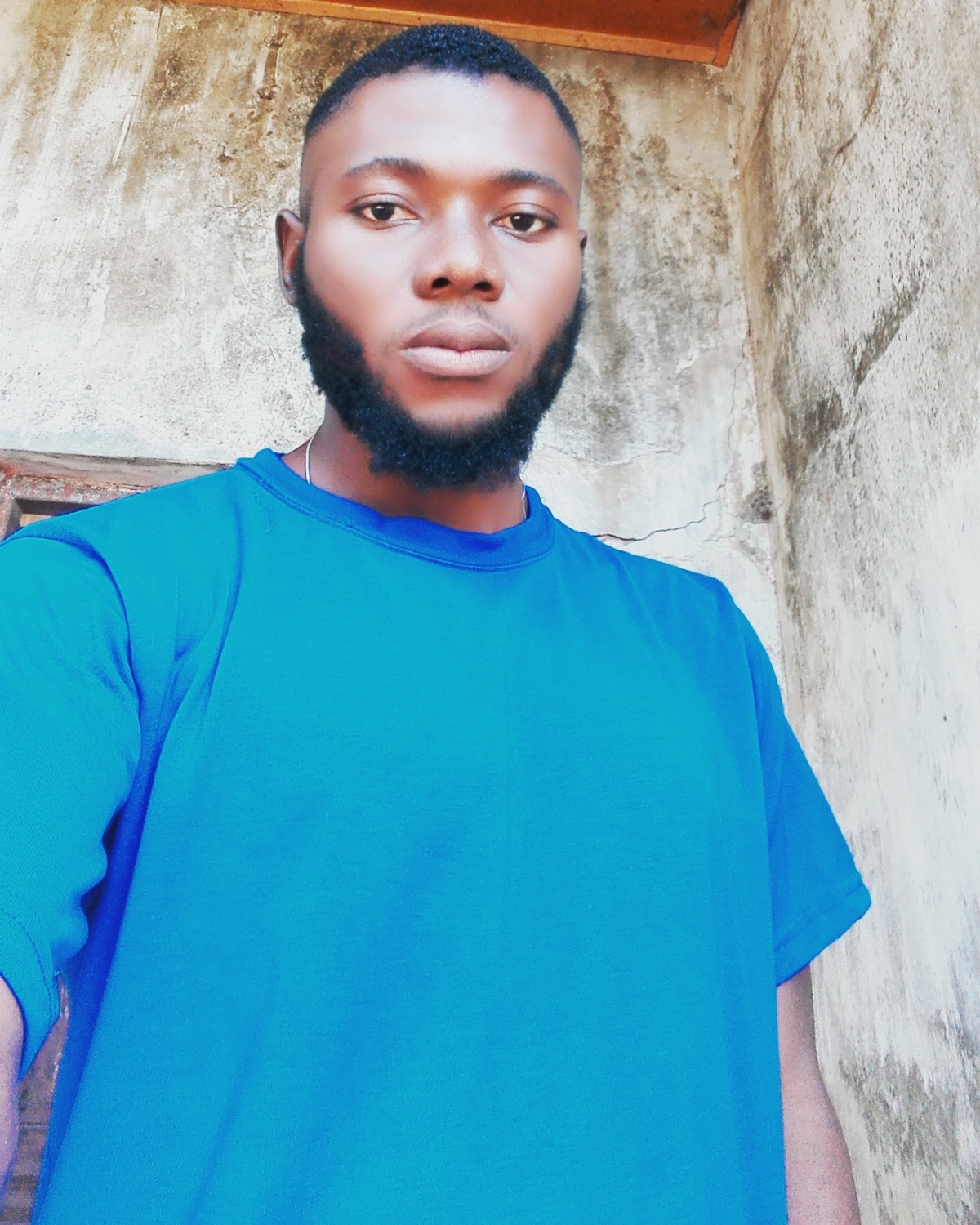 Writerholic
Benjamin is my name.
Had my B.Sc, Sociology from Caritas University Enugu.
I'm the author of 'sunshine in the rain'
I'm a social media marketer.
Customer relations manager.
Business consultant,especially for starters.
I'm a liberal feminist.. 😂
Welcome to my world. Let's get this rocking already!
May 9, 1990 MALE
my real name @nenge_ikuve
19 Followers Send Message · Report
4.7k views 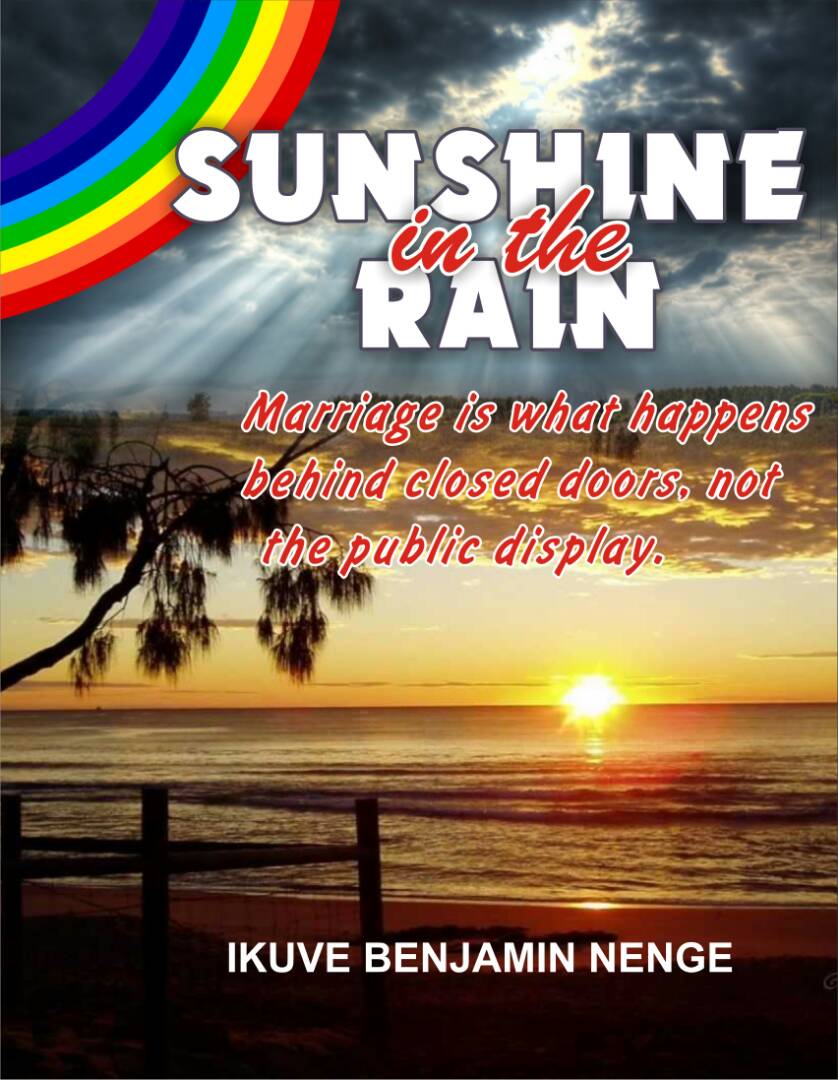 Sunshine in the rain; Marriage is what happens behind closed doors, not the public display.
Ikuve Benjamin Nenge

9jaBooks, Ebook Publishers
Updated 4 Years ago · 4 Likes · 0 Comments
Chinua Achebe, who died in Boston today at the age of eighty-two, was a few weeks shy of thirty years old when Nigeria was granted independence from the British Empire, on October 1, 1960, and he was already acclaimed, worldwide, as the preëminent novelist of black Africa. The British publisher Heinemann had brought out Achebe's first novel, Things Fall Apart, only two years earlier, and it had to have been the first African novel that many of his admirers on the continent and off had read. The sure tragedian's authority with which Achebe tells the story of Okonkwo, an Igbo elder of immense strength and pride, a figure of heroic qualities within the traditions of his culture, who is ill-served, brought low, and undone by those same qualities in his first violent encounters with colonial power, has ensured that still today, with more than ten million copies sold, Things Fall Apart remains the best-known work of African literature.
The great African novel? The book could as truly be called a great novel, period. Many writers would prefer to carry that badge of universality, but Achebe who has gone to his grave without ever receiving the Nobel Prize he deserved as much as any novelist of his era has said that to be called simply a writer, rather than an African writer, is a statement of defeat. Why? Because his project has always been to resist emphatically the notion that African identity must be erased as a prerequisite to being called civilized. Growing up as what he called a British-protected child in the colonial order, the young writer came to see that the Empire's claim that Africans had no history was a violent, if at times ignorant or unconscious, counter-factual effort to annihilate the history of his continent's peoples.
Achebe made his case in many forms essays and lectures, interviews and acts of protest, and as an ideologue and propagandist for the failed Igbo-nationalist secessionist state of Biafra but he made it most cogently on the final page of Things Fall Apart. With the reader in the full emotional grip of the many dimensions of Okonkwo's epic fate, the author boldly and deftly adds another, shifting to the perspective of a colonial governor who considers Okonkwo's story good material perhaps not a whole chapter but a reasonable paragraph for the book he is planning to write:  The Pacification of the Primitive Tribes of the Lower Niger.
Having, with his first effort, created a permanent place for the African novel in the world literary canon, Achebe continued to be a prolific imaginative writer, producing novels and stories that evoked, in a range of voices, the trials of Nigeria's pre-colonial and colonial history, and the traumas of its post-independence ordeals: from No Longer at Ease and A Man of the People in the sixties to Girls at War and Anthills of the Savannah in the aftermath of the Biafran war. But the fact that he must be remembered as not only the father but the godfather of modern African literature owes at least as much to the decades he spent as the editor of Heinemann's African Writers Series. In that capacity, Achebe served as the discoverer, mentor, patron, and presenter-to-the-world of so many of the now-classic African authors of the latter half of the twentieth century. The series's orange-spined, generously inexpensive paperbacks carried a stamp of excellence that drew readers everywhere to essential works by writers as varied as Kenneth Kaunda, Ngugi wa Thiong'o, Dennis Brutus, Tayeb Salih, Léopold Sédar Senghor, Ousmane Sembène, Wole Soyinka, and Nadine Gordimer, to name but a few: it is an extraordinary legacy.
As a storyteller, as a voice of his nation, as a cultural impresario, an intellectual combatant and provocateur, Achebe gained with age the status in Nigeria of a bard and a sage that the modern world rarely affords to writers. After suffering terrible injuries in a car crash, he spent much of his time in the last decades of his life in America, where he settled into long-term professorships at Bard College and Brown University. But when he returned to Nigeria he was received as a national hero. Crowds of thousands sometimes tens of thousands gathered to pay tribute to him. The adoration hardly softened him, though. He was, in his old age, as much a scold to his compatriots as he had ever been in his youth.
I met Achebe a few times in his wheelchair-bound American years. When he gave you his hand it was at once firm and soft and notably warm. He had a gentle presence a man fully capable of wit and mischief and open laughter, but whose default expression, at ease, was one of sympathetic melancholy. His voice was another matter: low-pitched and rich and adamant. When he spoke, it was with great command and unmistakable music. In Boston, in 1999, at a celebration of the centennial of Ernest Hemingway s birth, I had the honor of sitting on a panel with Achebe, on the subject of writing about Africa. He was as cogently withering about Hemingway's Africa a place he could not recognize because there were no speaking Africans there as he was, in one of his most famous essays, about Joseph Conrad s. At the end of the session, the floor was opened to questions. An evidently confused woman in the audience took the opportunity to ask In what sense are you writers about Africa? The other panelists Nadine Gordimer and Kwame Anthony Appiah were too baffled to respond. Not Achebe. He leaned into his microphone, and very slowly and melodically, with rolling Rs and drawn out Os, roared: Read. Our. Books. The woman said, But I'm asking you. And Achebe said, I'm telling you: Read. Our. Books.
What better epitaph for the man, and what better way to remember him today: read his books.
Reply · Share · 10.8k Views · Report
INTRO

Ikuve Benjamin Nenge, Writerholic
Posted 4 Years ago · 4 Likes · 1 Comments
Hello, everyone! I'm glad to be here,and I'm looking forward to having a good time with you all.
Reply · Share · 8.1k Views · Report
Attention
We use cookies to serve you better. We have to let you know this in accordance with EU laws. You accept our terms and conditions by using this platform. Please Click on the OK button below to hide this message
OK, I Accept