As part of her contribution towards curbing the issues of human rights abuse and violation in Africa, the International Human Rights Art Festival (IHRAF) has thematically released a new classic and international essay anthology.

Edited by Nigerian author and journalist, Izunna Okafor, the anthology, entitled "The Malady and the Remedy" is a collection of twenty (20) essays on human rights abuse and violation in Africa, written by essayists, authors and human rights activists from different countries in Africa; as well fifteen (15) inspiring human rights quotes by selected activists around the world.

According to a statement, issued by the Coordinator of IHRAF in Africa, Mr. Wole Adedoyin, who announced the official release of the new anthology, the 20 essays published therein are the essays longlisted in the 2021 human rights essay competition recently organised by IHRAF (African Chapter), captioned "African Human Rights Essay Competition 2021", through which which 45 essays were received from different countries in Africa.

He congratulated all the entrants who participated in the essay competition, and appreciated everyone who contributed in one way or the other to the success of the initiative and the publication of the anthology, particularly the IHRAF founder, Tom Block, who is also an American author and playwright; as well as the editor of the anthology, Izunna Okafor, who is also an award-winning author and journalist.

In his Editor's Note, the editor of the new anthology, Izunna Okafor noted that the publication was a fulfilment of one of the promises made while calling for submissions of essays for the competition, during which only shortlisted entries and entrants were promised publication —a promise that was eventually extended to the longlisted essays and entrants, owing to the quality of their contents.

He wrote, "Although only the shortlisted essays and essayists were promised publication during the 'call for submissions', it became really wise to adjust further to accommodate all the longlisted essays and essayists in this publication, beholding the perceived extraordinary quality, relevance and efficacy of their contents in actualising the overall goal of the initiative, which is to promote human rights values in Africa and positively influence the betterment of the human rights situation in the continent.

"It is the conglomeration, editing and publication of these twenty longlisted essays that gave birth to this classic anthology, entitled "The Malady and the Remedy".

"The essays published herein take both the form of stories/narratives, analyses, etc, to x-ray, bemoan, condemn and challenge the incessant abuse and violation of human rights in Africa, the unsafeness of Africa for human rights activists and freedom fighters, as well as recommend the elixirs to all these ills against humanity.

"Aside its intriguing, thought-provoking, informative, educative and didactic qualities, another most outstanding feature of this anthology is that the essays published therein do not just condemn human rights violations and make recommendations; they are research-based and deep rooted.

"In other words, these essays experientially and comparably look deep into the history of human rights and human rights abuse/violation in Africa, the causes, the types, what and what have been done so far to better the situation, why those things are not yielding the expected results, and finally propose/present better and more efficacious alternatives to addressing this age-long issue of human rights abuse, borrowing from the experience of yesterday, the situation of today, and the projection for tomorrow.

"Indeed, this anthology is a must-read for everyone who loves human rights and freedom. Every human being deserves to be treated as a human, for his being. Freedom fighting and right activism should be for all and for everyone. Human rights are for every human; and Africans are humans. For every other thing regarding that, flip through the pages of this anthology, and come out a better activist." 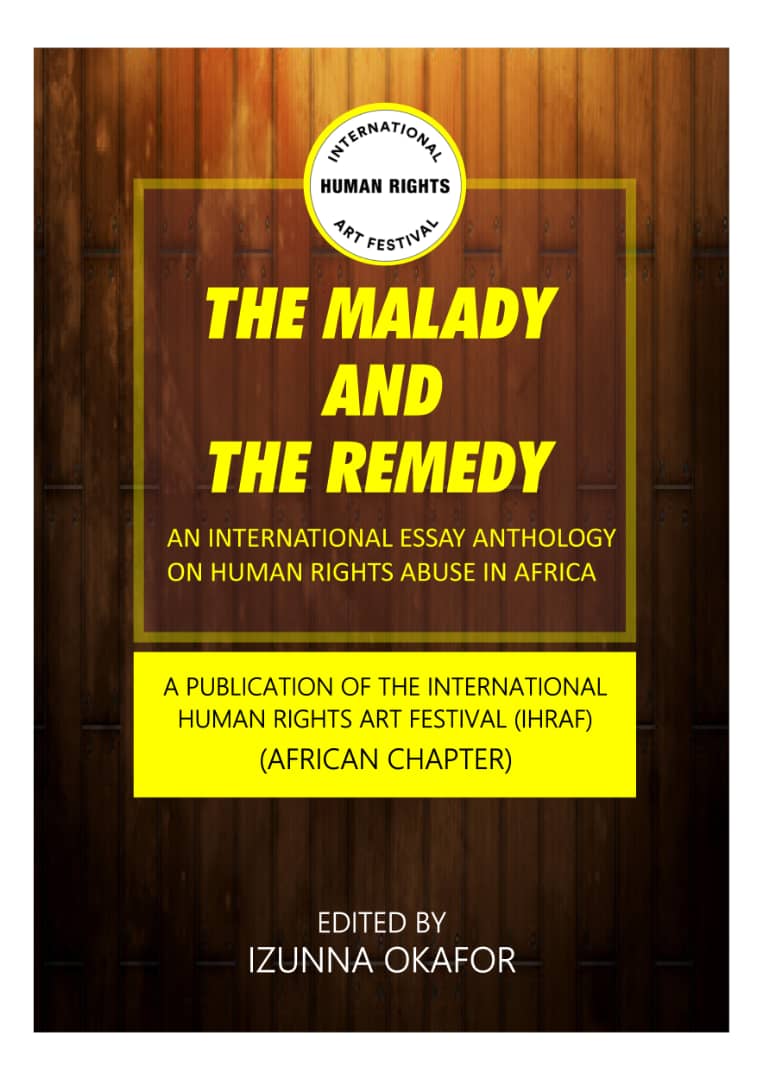