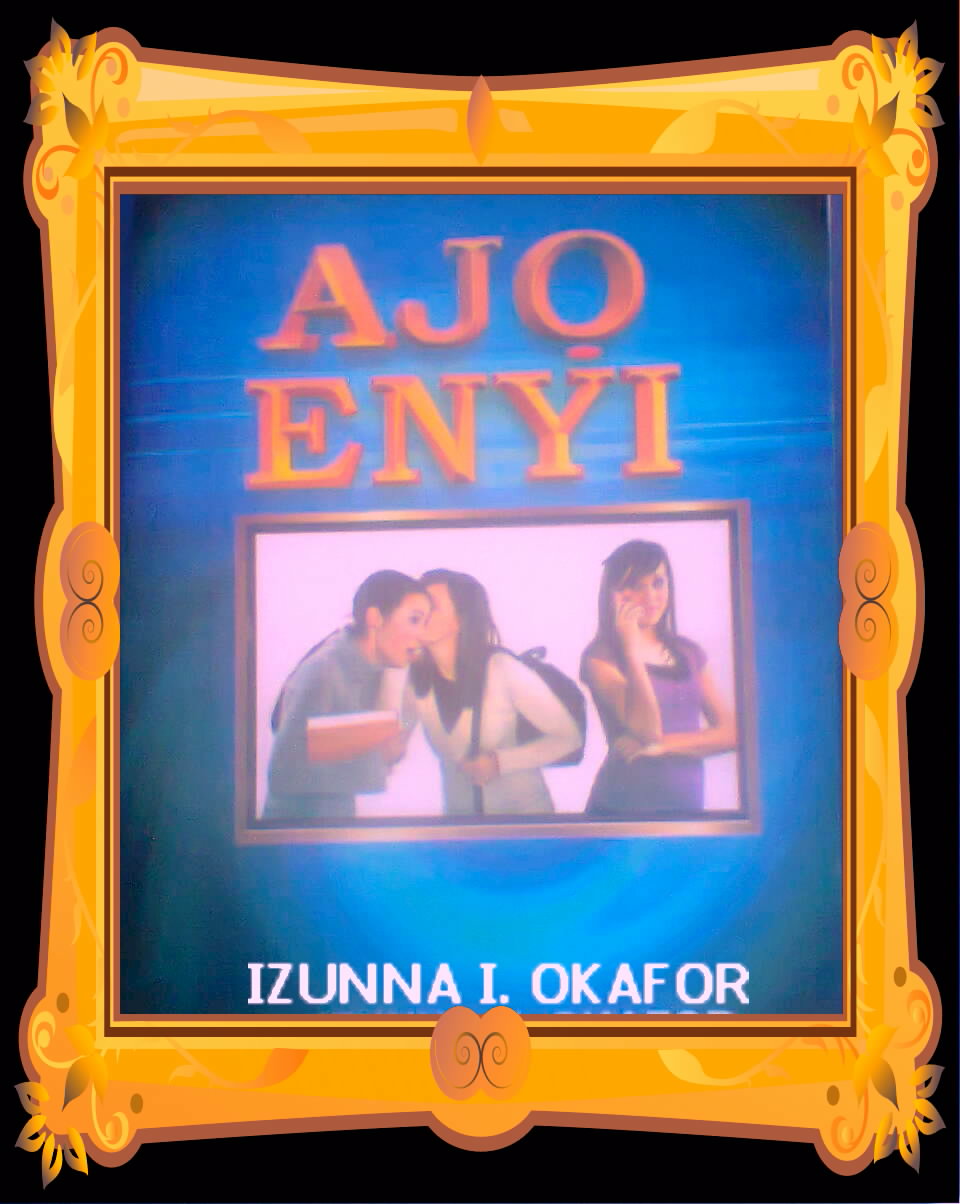 
Ajo Enyi is a fictional Igbo novel, which was partially set in a core Igbo village of Umuezike and a developed city of Lagos.

It portrays the quintessential image of the African Literature, and as the name implies, narratively describes the cultivation, germination, crops and harvest of unhealthy friendship.

Two local boys —Ifeanyi and Ifenna, —a genius and a dunce (respectively) —grew up to become accidental friends. They influenced each other, and ended up dropping pen and paper, after which they switched over to Lagos in search of quicker money.

Not only did they shift to Lagos unprepared and unannounced, their parents' savings also felt their departure.

The journey was an interesting one, but their stay in Lagos was full of adventures.

They met and roamed with like-minded folks, caused nuisance, harassed and terrorized Lagos.

Sighting his mother from a far (upon his return to the village to see his people for the last time before his execution), Ifeanyi (handcuffed and surrounded by armed policemen) ran out with tears to embrace her.

But one of the policemen, thinking Ifeanyi wanted to escape, unprofessionally pulled the trigger and released some bullets towards him.

And expectedly, Ifeanyi fell at the feet of his beloved mother, and the people of Umuezike trooped out in response to the uncommon gunshots.

What adventurous happened to the two friends in the city? What were the crops and the harvest of their friendship like?

Ifeanyi —caught in the city and killed in the village, what was the fate of his corpse, as his people trooped out to the sounds of the gunshot?

0 Likes · In 1 Libraries · Rated 1 times · Report
Less than 1,000 copies sold · 4.3k views
Login Or Register To Write A Review
You have not written any review on this book. Write one if you have read the book or plan to read it. You can always edit your review later
Attention
We use cookies to serve you better. We have to let you know this in accordance with EU laws. You accept our terms and conditions by using this platform. Please Click on the OK button below to hide this message
OK, I Accept