THE CURSE OF A WIDOW 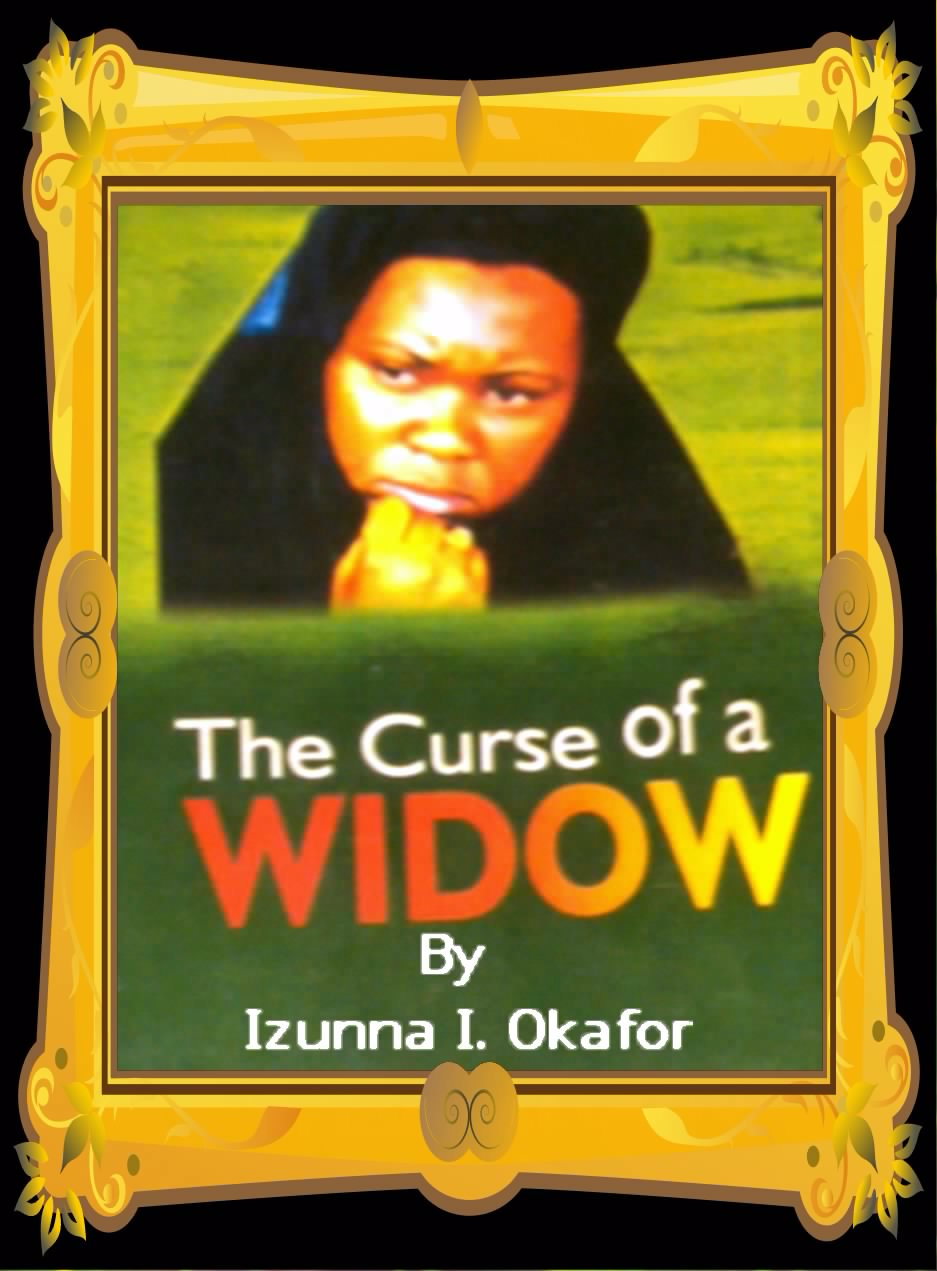 Author: Izunna I. Okafor
Genre: Fiction
This is a story of a destitute widow who was severelly oppressed by a wealthy wicked man called Chief Mbanu in a village called Umunka. This wealthy evil man had all he needed to make his life comfortable and enjoyable, and he was one of the richest men in the whole village of Umunka. Irrespective of all he had, Chief Mbanu still fiendly and unfriendly oppressed an indigent widow called Mrs. Ugboghara who lived behind his mansion. Chief Mbanu villainly intimidated, terrorized and subjected this poor widow through various sorts of evil ways just because she had no one to speak for her. She only had a male child called Chidubem, who was still very young to react when this evil bloke was awkwardly manifesting. Chief Mbanu did all sorts of evil to the widow such as cutting and claiming her palm-fruits, forcefully claiming and carrying her bread fruits, extorting her remaining skimpy portions of land, among other evil he did to her. Whenever this widow convoked the elders of the village to a meeting to look into the hostility and oppression, majority of them would unreasonably stand for Chief Mbanu because of his personality and what they could get from him, because most of them ate in the same plate with him. Their supports would boast Chief Mbanu's elbow and fuel him to proceed with his evil deeds, and that would silence and demoralize the widow. Upon her condition, Mbanu never changed his mind upon her. The one that pained this widow most was that one day, chief Mbanu ordered his guards to cut down the most fruitful trees that this indigent widow had. He said that he wanted to use them for an un-ascertained something that he claimed, was more important to him. But his major intention for doing that was to pauperize the widow. As the cutting down of the trees was going on, the widow saw that and start shouting highly against Chief Mbanu, and calling for help from. Chief Mbanu saw that as a humiliation and downcast to his personality, therefore he ordered his gaurds to mercilessly beat up the widow. Without wasting much time, these hoodlums jump into the assignment and started beating up the widow as commanded by their master. As the painful beating was going on, because of the agony of the pains they infilcted on the poor widow, she could not bear it anylonger. She sorrowfully raised her voice and As the painful beating was going on, because of the agony of the pains they infilcted on the poor widow, she could not bear it anylonger. She sorrowfully raised her voice and placed an irrevokable curse upon chief Mbanu. She said: ''Chief Mbanu of Umunka, since you did all these sorts of evil against me and still had the heart to send your gaurds to beat me to death because i have no one to speak for me, one of your descendants shall be excessively rascal, mischievous, a shameful personality and a famous felon both in the village and in city. ''I place this curse in the presence of sky and moon, it shall...... Who could tell what was happening in the land after some rotation of the decades? Since the whole generation had passed and gone, what would be the voice to narrate?? Was something done at last? Okay! Hold it there.... To finish the remaining and the sweetest part of the delicous food, do the needful - buy the foood by buying the book

The Book was partly set in a pure rural area of a village in Anambra State and partly set in a well developed city of Lagos state. The plot is such a well harmonized one. It was Published in 2013 and Re-printed in 2015 By Sir Pona Printing Press Nnewi. The author (Izunna I. Okafor) wrote it after his secondary school period and it has been a bestselling book, widely read and highly aplauded. To get a copy, email the author at izunnaokafor70@gmail.com to place an order. It is sold at $2.00.

1 Likes · In 1 Libraries · Rated 1 times · Report
4.5k views
Login Or Register To Write A Review
You have not written any review on this book. Write one if you have read the book or plan to read it. You can always edit your review later
Attention
We use cookies to serve you better. We have to let you know this in accordance with EU laws. You accept our terms and conditions by using this platform. Please Click on the OK button below to hide this message
OK, I Accept