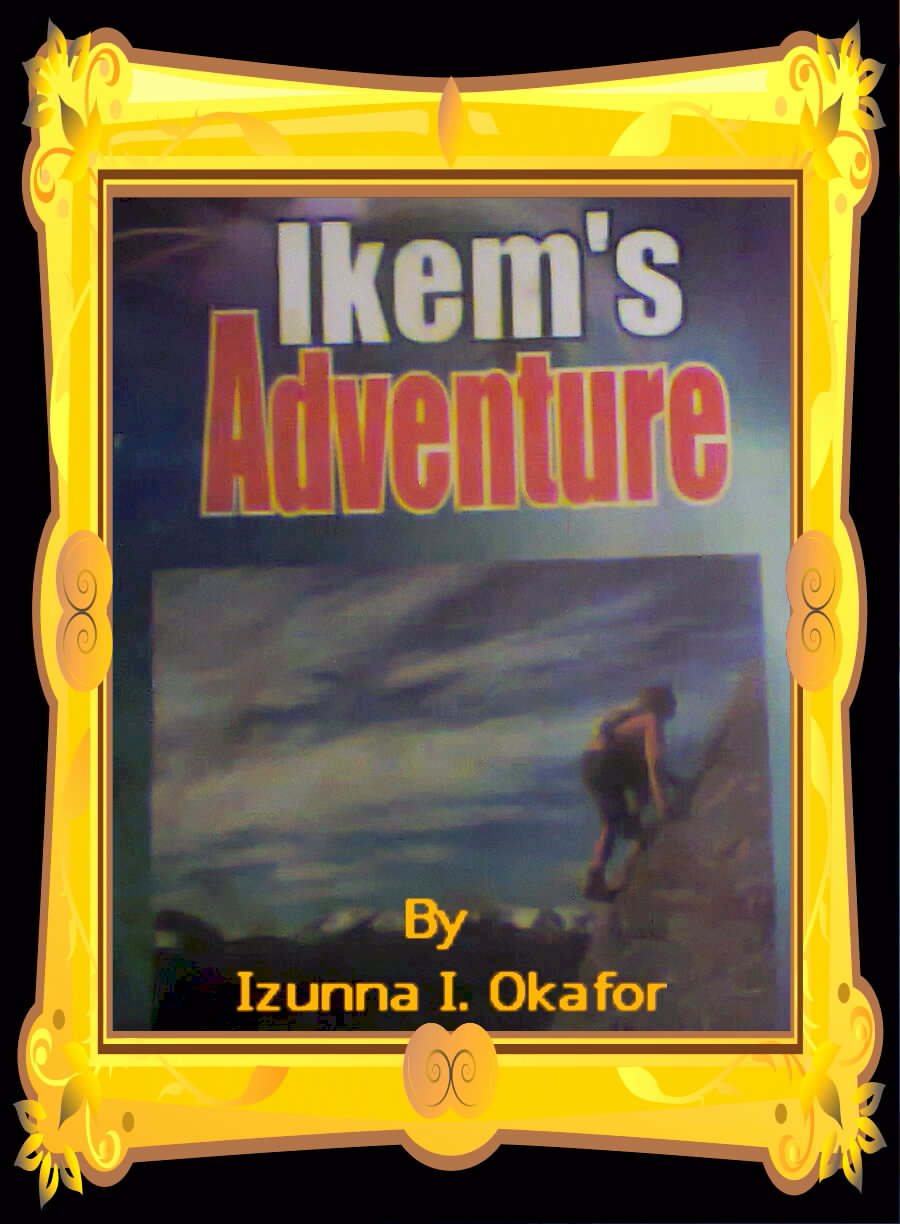 Author: Izunna I. Okafor
Genre: Fiction
Ikem's Adventure is a book that tells a story of a boy called
Ikem who was the only child of
his indigent parents Mr. and Mrs.
Obiekee in a village called
Umueke.
After the mystreous death of his
parents, the villains started
oppressing him and finding a
way to obliterate him from the
surface of the earth so that they
could extort and claim his
father's huge piece of land
because he had no one to speak
for him. Since they couldn't find
any unsuspicious way of
accomplishiping their evil goal
and ambition, they conspired
and ostracized him out of the
land. But before Ikem left the
land of Umueke, he tearfully
picked up some sand from the
ground and placed an irevokable
curse against the land and the
people of Umueke. After that, he
sorrowfully left the land,
perambulating inside a thick evil
forest from where he later
miraculously got connected to
God's favour and was elevated to
a prestigeous position of a
prince in another land called
Umuobi.
After many decades had passed,
the curse that Ikem placed upon
Umueke and his people started
manifesting. There became
calamity and deadly diseases all
over the land which led to
continous death of many people
of the land and a lot of
catastrophic disasters saturating
the entire land. When they
consulted a herbalist to escertain
the unknown cause of the bad
omen, the herbalist revealed
everything to them and cofuted
them for expelling an Innocent
soul out of the land after
poisonously murdering his
parents in order to enviously
claim his huge land. He assured
them that the curse could not be
revoked except if the person
who placed it came back to
Umueke, picked so sands and
whole heartedly revoke it. This
became an Awkward situation
for the people because the never
hoped that Ikem was still alive,
and therefore that there was no
way the curse could ever be
canceled again. But the herbalist
freed their mind from trauma by
telling them that Ikem was still
alive and that he was in the land
of Umuobi, where he had
assumed the post of prince of
the land. Another awkward
challenge facing them became
how to confide to, plead and
persuade him to come back and
forgive to emancipate them.
To witness the bootom taste of the soup, by your own plate of the food - your own copy of the book.

The Book is set in a pure rural area in the Land of Umueke. The plot is such a well harmonized one. It was Published in 2012 and Re-printed in 2014 By Sir Pona Printing Press Nnewi. The author (Izunna I. Okafor) wrote it during his secondary school period and it has been a bestselling book, widely read and highly aplauded. To get a copy, email the author at izunnaokafor70@gmail.com to place an order. It is sold at $2.00.

0 Likes · In 1 Libraries · Rated 1 times · Report
2.6k views
Login Or Register To Write A Review
You have not written any review on this book. Write one if you have read the book or plan to read it. You can always edit your review later
Attention
We use cookies to serve you better. We have to let you know this in accordance with EU laws. You accept our terms and conditions by using this platform. Please Click on the OK button below to hide this message
OK, I Accept