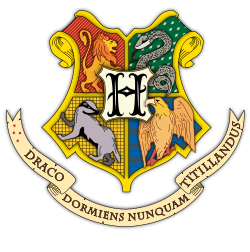 Author: J. K. Rowling
Genre: Fantasy
Harry Potter is a series of seven fantasy novels written by the British author J. K. Rowling. The books chronicle the adventures of a wizard, Harry Potter, and his friends Ronald Weasley and Hermione Granger, all of whom are students at Hogwarts School of Witchcraft and Wizardry. The main story arc concerns Harry's quest to overcome the Dark wizard Lord Voldemort, whose aims are to become immortal, conquer the wizarding world, subjugate non-magical people, and destroy all those who stand in his way, especially Harry Potter.
Since the release of the first novel Harry Potter and the Philosopher's Stone on 30 June 1997, the books have gained immense popularity, critical acclaim and commercial success worldwide. The series has also had some share of criticism, including concern for the increasingly dark tone. As of June 2011, the book series has sold about 450 million copies, making it the best-selling books series in history and has been translated into 67 languages and the last four books consecutively set records as the fastest-selling books in history.

The Harry Potter series have been the recipients of a host of awards since the initial publication of Philosopher's Stone including four Whitaker Platinum Book Awards (all of which were awarded in 2001), three Nestlé Smarties Book Prizes (1997–1999), two Scottish Arts Council Book Awards (1999 and 2001), the inaugural Whitbread children's book of the year award (1999) the WHSmith book of the year (2006), among others. In 2000, Harry Potter and the Prisoner of Azkaban was nominated for a

7 Likes · In 5 Libraries · Rated 3 times · Report
2.6k views
Login Or Register To Write A Review
You have not written any review on this book. Write one if you have read the book or plan to read it. You can always edit your review later
Attention
We use cookies to serve you better. We have to let you know this in accordance with EU laws. You accept our terms and conditions by using this platform. Please Click on the OK button below to hide this message
OK, I Accept