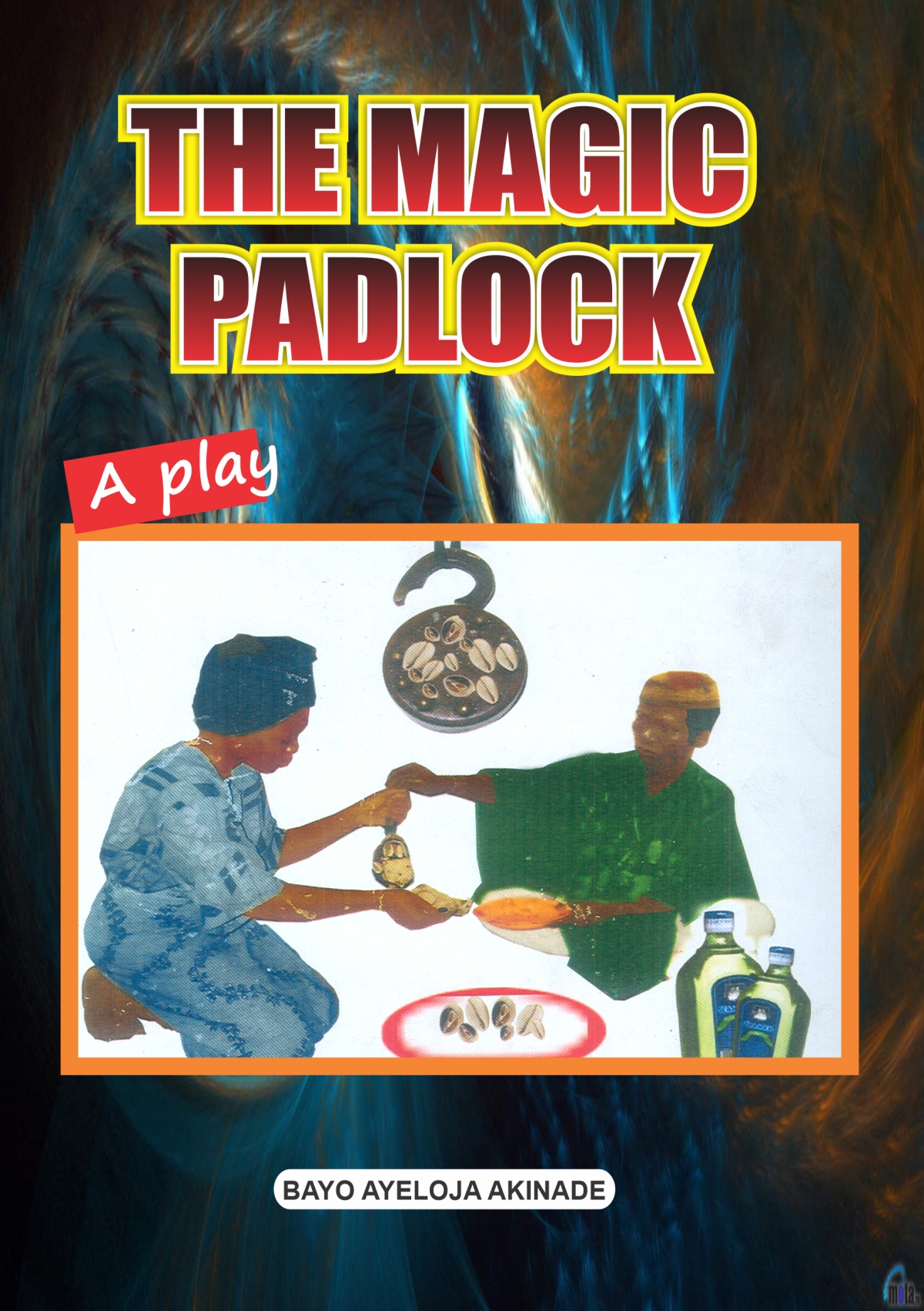 
This play -The Magic Padlock centres on Madam Ifedayo - a lady who bluntly detests sharing of her husband with another woman. She jealously guided her man from extramarital activities at all costs and especially by the use of juju. This habit of monopolising her man's love and attention led to the untimely death of her first husband - Mr Alabi who is Origbende's elder brother, who was given a concoction that man's hand should not touch let alone of swallowing!!

Consequently, looking for another comzzzzforter, she felt that her late husband's wealthy bachelor brother should take over as husband according to Yoruba custom of inheritance.

But alas - Mr Origbende - her late husband's brother detested polygamy and has no soft spot for deflowered and married women. Despite all persuasions from relatives and friends that he should marry, he never gave thought to marriage because according to him, "he doesn't want home delivery" and thus waiting for divine choice at the age of forty-five years

0 Likes · In 0 Libraries · Rated 0 times · Report
Less than 1,000 copies sold · 83 views
Login Or Register To Write A Review
You have not written any review on this book. Write one if you have read the book or plan to read it. You can always edit your review later
Attention
We use cookies to serve you better. We have to let you know this in accordance with EU laws. You accept our terms and conditions by using this platform. Please Click on the OK button below to hide this message
OK, I Accept