A Dance For The Gods 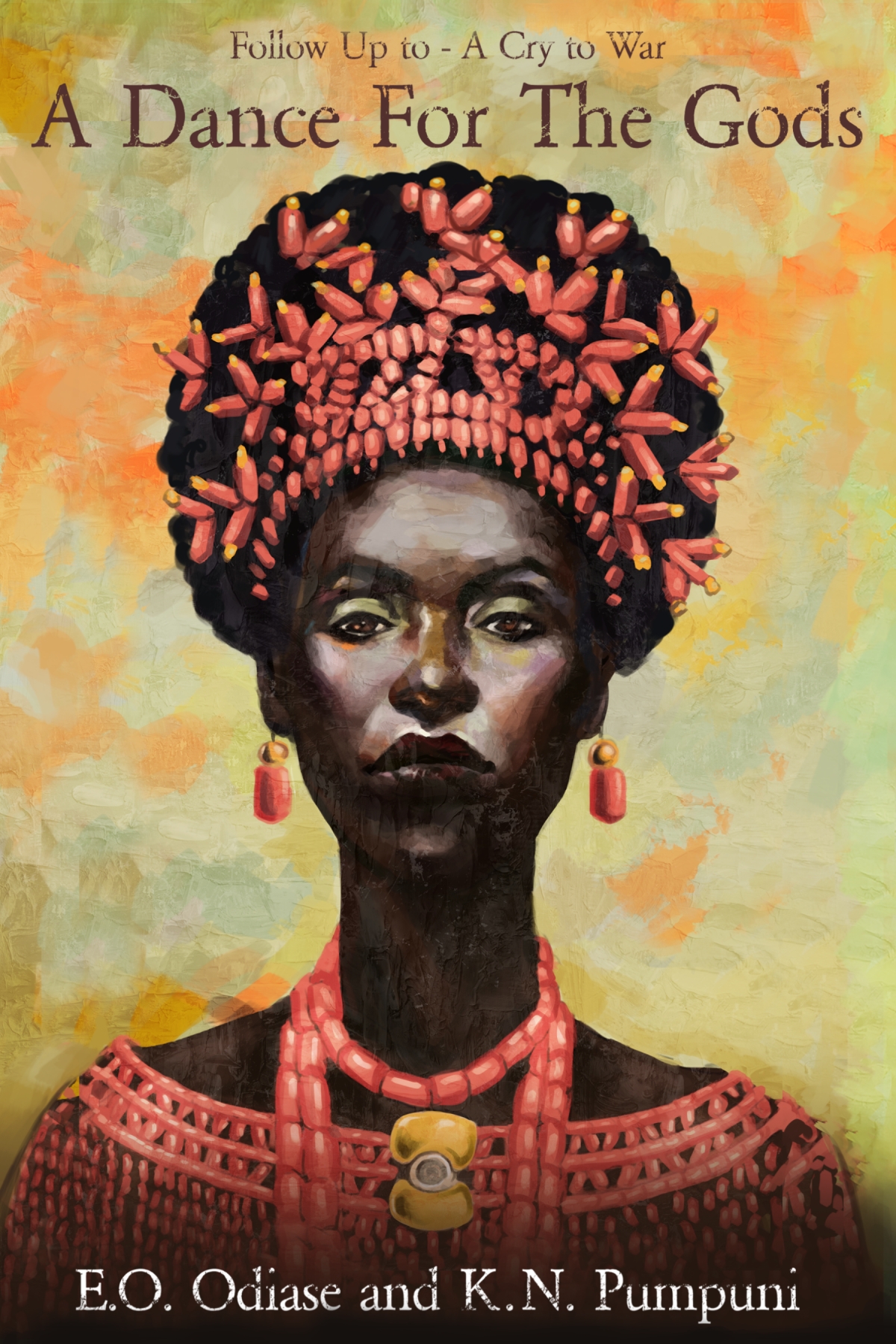 
Journey through ancient Africa by immersing yourself in this riveting story. View the world through the eyes of the enthralling characters as they dance to the hymns played by whatever gods they serve.

King Ewuare is dead; another King has been captured. Now, vultures are circling to devour the once-great kingdom, Mombaka. Across all five kingdoms below the Moon Sea, new alliances are being forged to replace old ones as Kings and Queens vie for power. After betraying and leading her husband to slaughter, Queen Meha and her son, Kendi, return home to collect her prize as she watches the little boy ascend the throne.

Princess Jamila remains in Amarea, navigating her way through an uneasy marriage to the Amarean Crown Prince, Gambo, with only her wits to aid her. Queen Idioba journeys deep into the mythical Agbon forest in search of a cure for the cursed Prince, Kamunde, facing many mysterious creatures on her way.

Foreign merchantmen arrive in Songhai, bringing a new religion accompanied by peace and prosperity on the one hand, and chaos and destruction on the other. Across the Moon Sea, Eweka climbs up the ranks in the Vulkan army, while Lehani travels across treacherous lands and stormy waters to have her revenge on him. Up in the cold mountains and the valleys in-between, the Orbs continue rising, gaining power and strength as the lighting god prepares to unleash the great war upon them all.

1 Likes · In 2 Libraries · Rated 0 times · Report
Less than 500 ebook views · 1.5k views
Login Or Register To Write A Review
You have not written any review on this book. Write one if you have read the book or plan to read it. You can always edit your review later
Attention
We use cookies to serve you better. We have to let you know this in accordance with EU laws. You accept our terms and conditions by using this platform. Please Click on the OK button below to hide this message
OK, I Accept