Achebe: A Man of the People 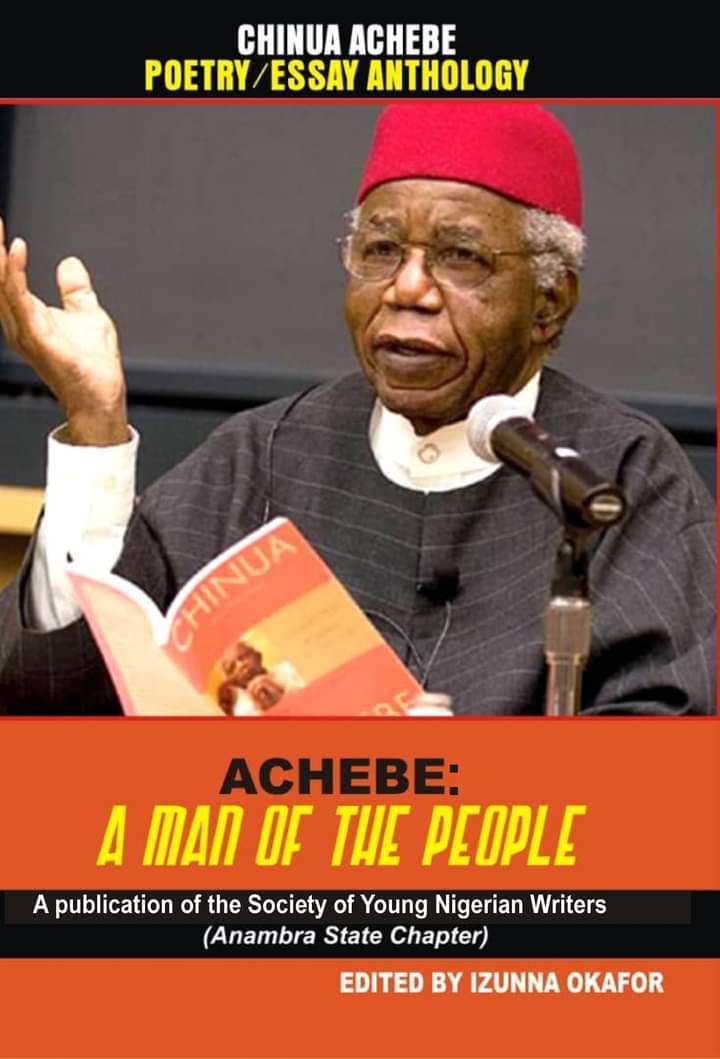 Edited by Izunna Okafor, "ACHEBE: A MAN OF THE PEOPLE" is the fifth edition of the Chinua Achebe Poetry/Essay Anthology, which is an international anthology of poems and essays annually published in honour of Late Prof. Chinua Achebe, a foremost Nigerian literary icon also reputed as the founding father of the modern African literature.

The annual anthology was borne out of need to immortalize and periodically honour this legend, Achebe, with publications, so as to keep his memory ever green in the literary scene, and in the mind of his avid readers.

This year's edition of the anthology features poems, essays and reviews submitted by writers from different countries of the world, which do not only portray Achebe as a Savant, but also portray and praise him as a “Man of the People”, judging from his personality, works, achievements and legacies; hence this classic testament "ACHEBE: A MAN OF THE PEOPLE".

Was Achebe really a Man of the People?

This masterpiece has the response...

3 Likes · In 2 Libraries · Rated 1 times · Report
Less than 1,000 copies sold · 1.4k views
Login Or Register To Write A Review
You have not written any review on this book. Write one if you have read the book or plan to read it. You can always edit your review later
Attention
We use cookies to serve you better. We have to let you know this in accordance with EU laws. You accept our terms and conditions by using this platform. Please Click on the OK button below to hide this message
OK, I Accept