Arrows of Words (For Chinua Achebe) 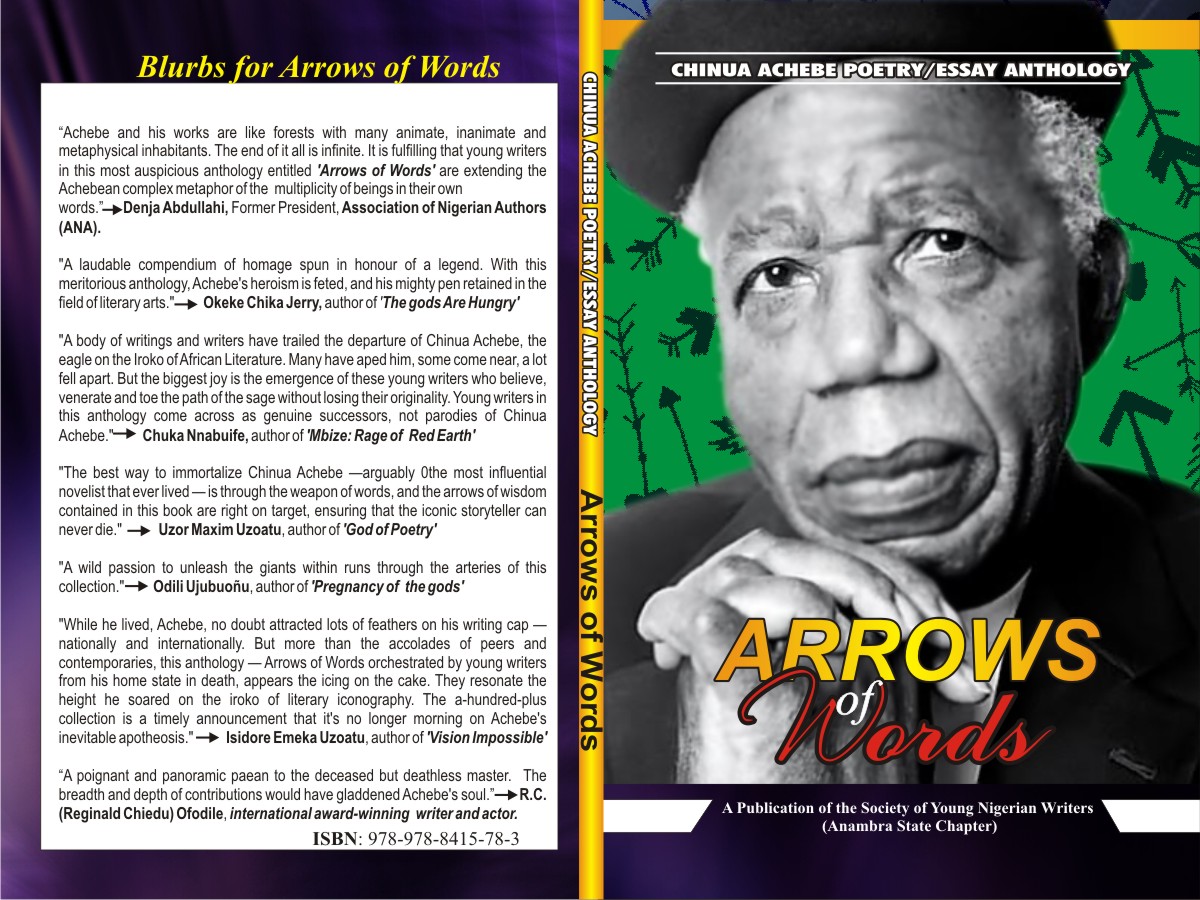 
Edited by Izunna Okafor, "Arrows of Words" is a poetry/essay anthology published in honour of Prof. Chinua Achebe, by an association of young writers, known as the the Society of Young Nigerian Writers (Anambra State Chapter). It was unveiled during the 2019 edition of the Chinua Achebe Literary Festival, which is the association’s annual literary event held in honour of the foremost Nigerian writer and critic – Achebe. Published in 2019, the anthology contains works poems and essays written and submitted by writers from different countries of the world, in response to the association's 'Call for Submissions' prior to the 2016, 2017 and 2018 editions of the event respectively. These works were previously published respectively as separate collections, each in its year's edition of the event. However, in 2019, there was no fresh 'Call for Submission,' rather, the three previous collections were collated and published as a single anthology; and that gave birth to this master piece, entitled “Arrows of Words.”

0 Likes · In 1 Libraries · Rated 1 times · Report
Less than 1,000 copies sold · 2.4k views
Login Or Register To Write A Review
You have not written any review on this book. Write one if you have read the book or plan to read it. You can always edit your review later
Attention
We use cookies to serve you better. We have to let you know this in accordance with EU laws. You accept our terms and conditions by using this platform. Please Click on the OK button below to hide this message
OK, I Accept