A Cry to War 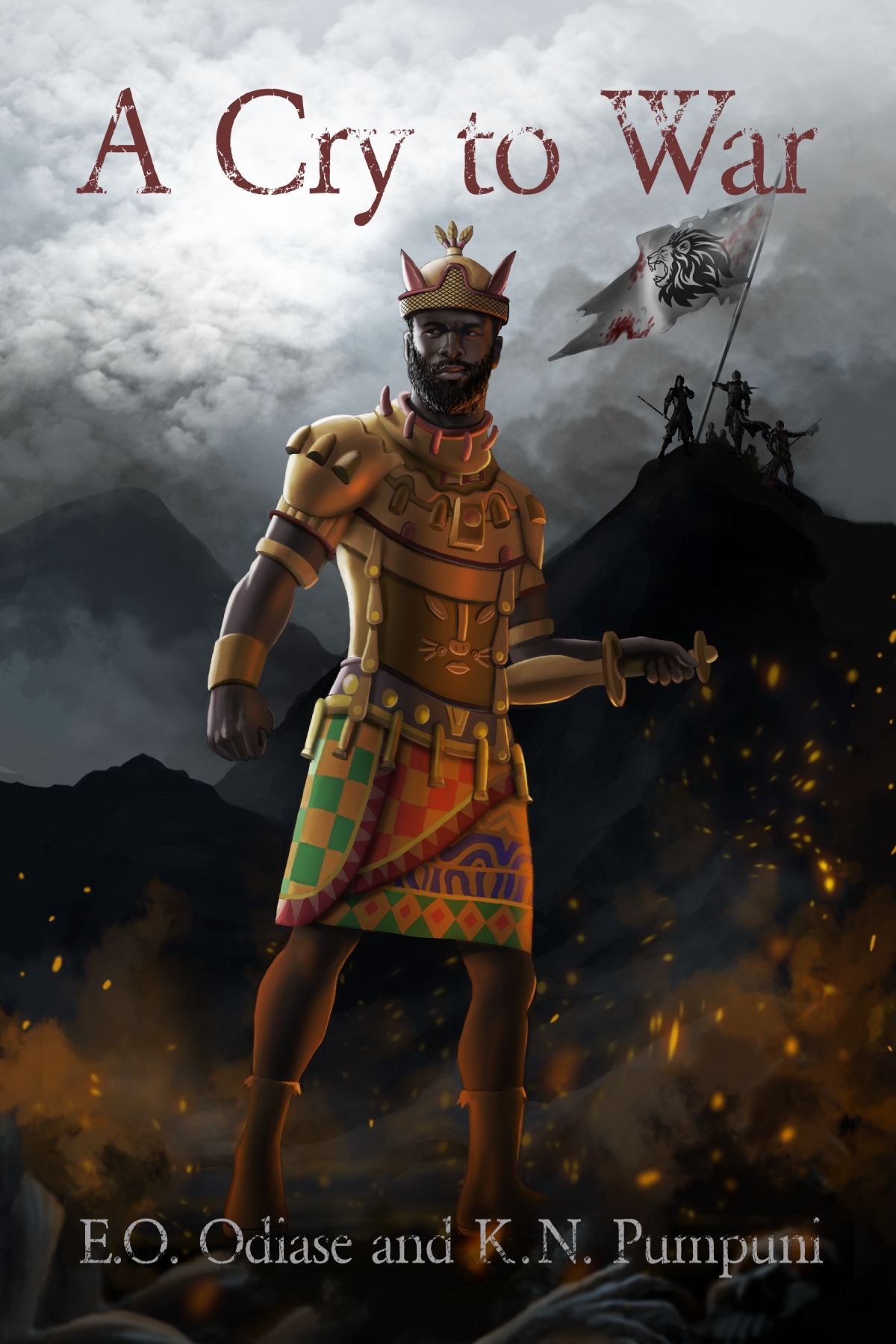 The authors would love you to join them on this enchanting journey of discovery; journeying through ancient African Kingdoms, a mythical forest, treacherous mountains, an arid desert and mysterious seas. Allow yourself to enjoy this immersive and enthralling tale set in medieval West Africa where Kings and Queens duel for power while mysterious creatures sent by the gods prepare to wage war upon them all.

A generation has passed, and the devastation of war is slowly fading away but the scars remain, lingering in the hearts and minds of many. In an era of peace, King Ewuare remains conflicted, torn between opening closed wounds or allowing his reign of peace and prosperity to continue.

As the King tries to resolve his moral conflict, the gods have a different agenda. Sinister and supernatural forces amass on the summit of the Agbon mountains, deep into the clouds, where no man dare stray, where the wind bites cold and the forest stays forever frozen.

Within, lies a tale of Kings and Queens, warriors and commoners, slaves and sorcerers, and the consequences of their hurried actions. African tribes head to battle with swords forged of bronze and steel, wild beasts bending to the will of man and fighting side by side.

A Cry to War is an African Fantasy set in 13th century West Africa and it’s loosely based on historical events, although it has been dramatized for the enjoyment of the reader. Through a fictional lens, you will feel part of the political alliances, conflicts and triumphs of several real-life ancient West African Kingdoms, such as the Benin Kingdom, the Ghanaian empire, the Malian Kingdom and the Fulani people. The story stretches across countries, continents and seas, showing a great variation in language, customs and traditions of several tribes but also the unity displayed by different characters to overcome adversity.

3 Likes · In 6 Libraries · Rated 5 times · Report
More than 500 ebook views · 5.4k views
Login Or Register To Write A Review
You have not written any review on this book. Write one if you have read the book or plan to read it. You can always edit your review later
Attention
We use cookies to serve you better. We have to let you know this in accordance with EU laws. You accept our terms and conditions by using this platform. Please Click on the OK button below to hide this message
OK, I Accept