CHANGE; The Hidden Power of Man 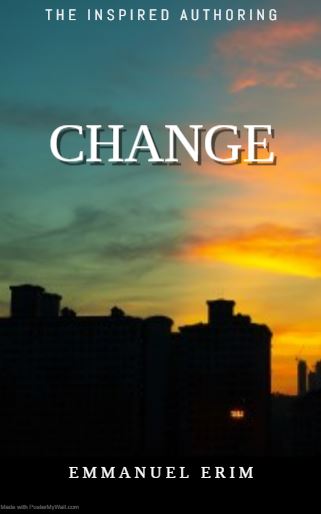 
The most mysterious event of life is change, change is either positive or negative, and everything in the world is experiencing change. As insignificant as an element of change it will surely manifest a significant change. Change in all definition is a gradual differentiation with time, which can be traced or noticed.

Change existed in the very beginning of things, and still exist now, we can say that the creation were changes resulting from the commands from the Creator. The command is the action and the result became a change noticeable as creation. Change is continuous and will keep occurring which means that creation is continuous, as the sun's shadow shifts, so there is no permanence on earth. Everything comes to pass, nothing comes to stay, and nothing remains constant except change itself.

1 Likes · In 0 Libraries · Rated 1 times · Report
1.8k views
Login Or Register To Write A Review
You have not written any review on this book. Write one if you have read the book or plan to read it. You can always edit your review later
Attention
We use cookies to serve you better. We have to let you know this in accordance with EU laws. You accept our terms and conditions by using this platform. Please Click on the OK button below to hide this message
OK, I Accept