The Concept Of Right To Life As Enshrined In Nigerian Constitution 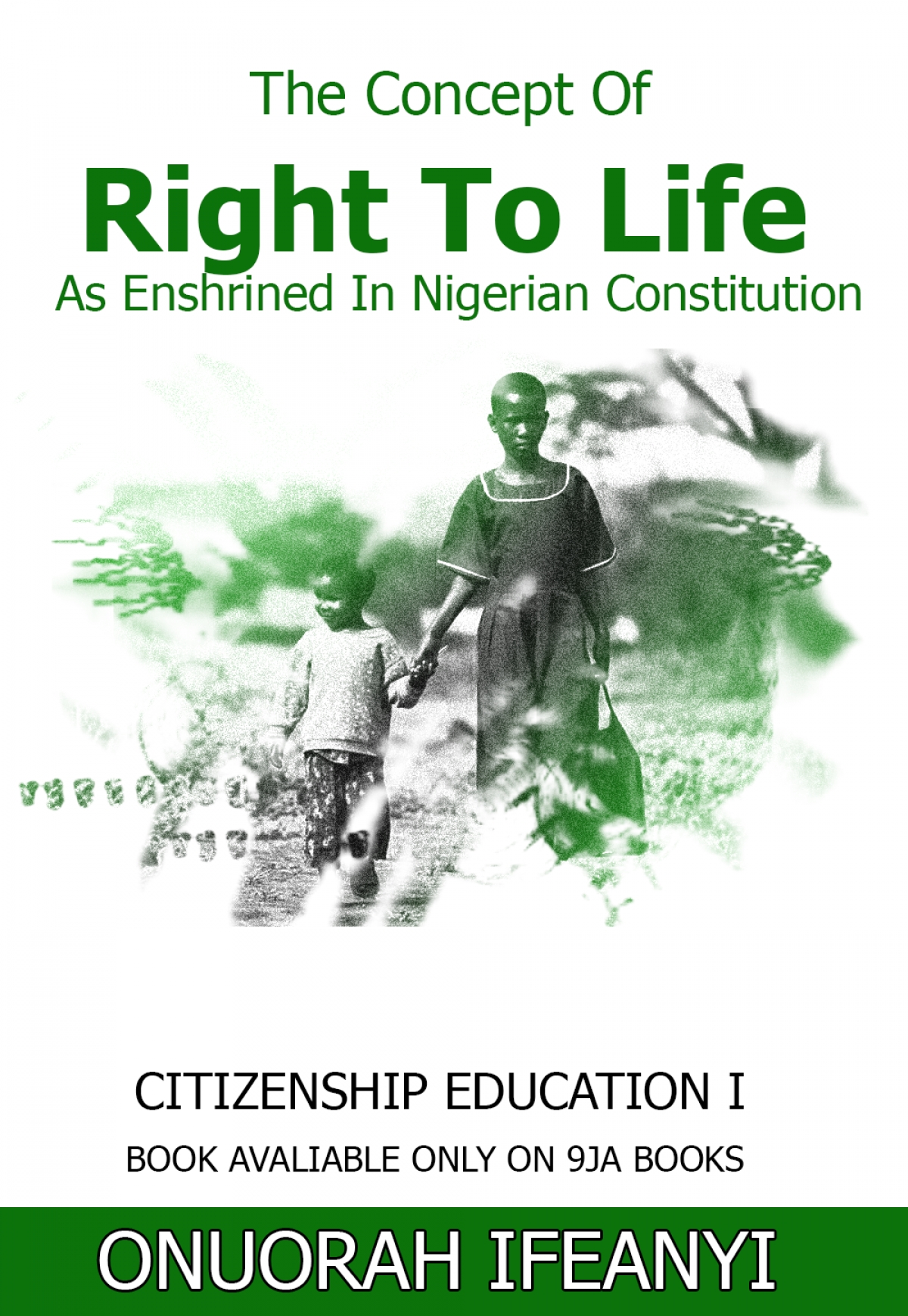 
The book begins with an overview of the 16 chapters. It starts with the first chapter, which deals with constitutional concepts and focuses on the primary concern of constitutional law. The second chapter is focused on the legal regime of amalgamation in Nigeria, which the authors indicate as absent in earlier works. Chapter three chronicles the journey from Nigeria’s dependence to independence; Chapter Four looks at constitutional developments in Nigeria from 1900 to 1999 beginning with the annexation of Lagos in 1861 and carefully reviews all constitutions from the Clifford Constituion of 1922 to the 1999 Constitution.

Chapter five specifically addresses the literal and liberal approaches to interpretation of the constitution. It looks at the canons of interpretation and focuses on the interpretative jurisdiction of the judiciary on account of Section 6 of the 1999 Constitution. Chapter Six looks at the Fundamental objectives and directive principles of state policy. Chapter Seven deals with fundamental rights, here each of the constitutional provisions on Fundamenatl Rights were clearly set out and discussed with the aid of decided cases. Chapters Eight, Nine and 10 deal with the Judiciary, Executive and Legislature respectively. Chapter 11 covers citizenship; Chapter 12 deals exhaustively with the principles of locus standi. Here the authors contend that the rigid rules about locus standi have to be relaxed and brings a new dimension, that all tax paying adults in the local government council area are to be invested with the rights to call the council to order whether or not their individual interests are adversely affected.

Chapter 13 examines access to information as fundamental human right, it juxtaposes the experiences of the other jurisdictions to bear on the issue. Chapter 14 covers both freedom of information as well as national security in Nigeria, it touches on Nigerian secrecy laws, the scope of the Freedom of Information Act and the concept of national security. Lastly, Chapter 15 and 16 deal with presidential powers and states of emergency as it has been invoked in the governance of Nigeria. The chapter reviews the first state of emergency declared in Nigeria in 1962 and the cascades to the emergency declaration in Plateau and Ekiti States  under President Olusegun Obasanjo and President Goodluck Ebele Jonathan. In these last two chapters very salient legal and constitutional questions are raised

3 Likes · In 2 Libraries · Rated 2 times · Report
Less than 500 ebook views · 1.6k views
Login Or Register To Write A Review
You have not written any review on this book. Write one if you have read the book or plan to read it. You can always edit your review later
Attention
We use cookies to serve you better. We have to let you know this in accordance with EU laws. You accept our terms and conditions by using this platform. Please Click on the OK button below to hide this message
OK, I Accept