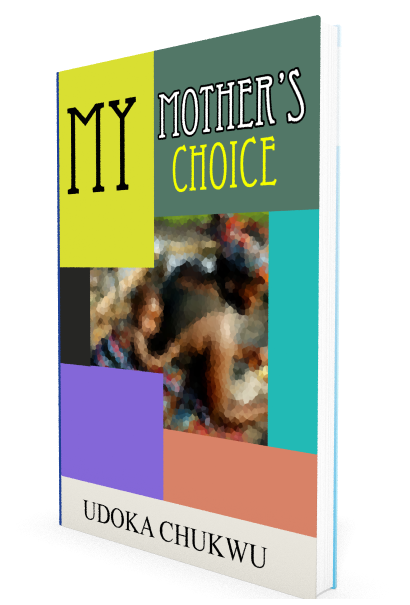 
“My Mother’s Choice” is about a young girl named Ada,whose father died when she was a very little girl and her siblings were very young too. Poverty took a toll on the family and Ada’s mother “Nwadi” out of desperation and greed, mounted unending pressures on Ada to lower her moral standard and give in to her inappropriate desires.

Ada,being a good Christian tried everything she could to resist her mother’s unholy demands but a time came when the pressure from her mother became over whelming, she reluctantly gave in to her mother’s greedy desire.

What followed later is a huge lesson for everybody, the young, the old the elderly and the society at large.

3 Likes · In 1 Libraries · Rated 1 times · Report
2.8k views
Login Or Register To Write A Review
You have not written any review on this book. Write one if you have read the book or plan to read it. You can always edit your review later
Attention
We use cookies to serve you better. We have to let you know this in accordance with EU laws. You accept our terms and conditions by using this platform. Please Click on the OK button below to hide this message
OK, I Accept