Rev. Fr. Ejike C. Mbaka 5.1k views
Lives in Enugu State where he runs a ministry called Adoration Ministry Enugu Nigeria, AMEN. He is popular for miracles in his ministry, which he attributes to God.

He was involved in a political battle with a former Governor of Enugu State, Chimaroke Nnamani after 14 persons were killed in his ministry (and he accused the Governor of being involved). He was kicked out of the venue at GTC for his crusade, and he moved to his Church at CKC Enugu. he has since relocated to a permanent site at Emene where he holds Crusade every Friday night.

He got another media attention after he released a talk on New Year of 2015 stating that the incumbent President of Nigeria, Goodluck Jonathan should resign and stop contesting for re-election, labelling him as Bad Luck for Nigeria.
More on that particular story here http://dorotv.com/tags.php?tag=fr+mbaka&match=on

You can get his talks at his Enugu parish, Christ the King GRA Enugu.

He wrote a miraculous prayer titled Powerful Prayer Book That Makes Things Happen. Testimonies have been given. Praise to Jesus 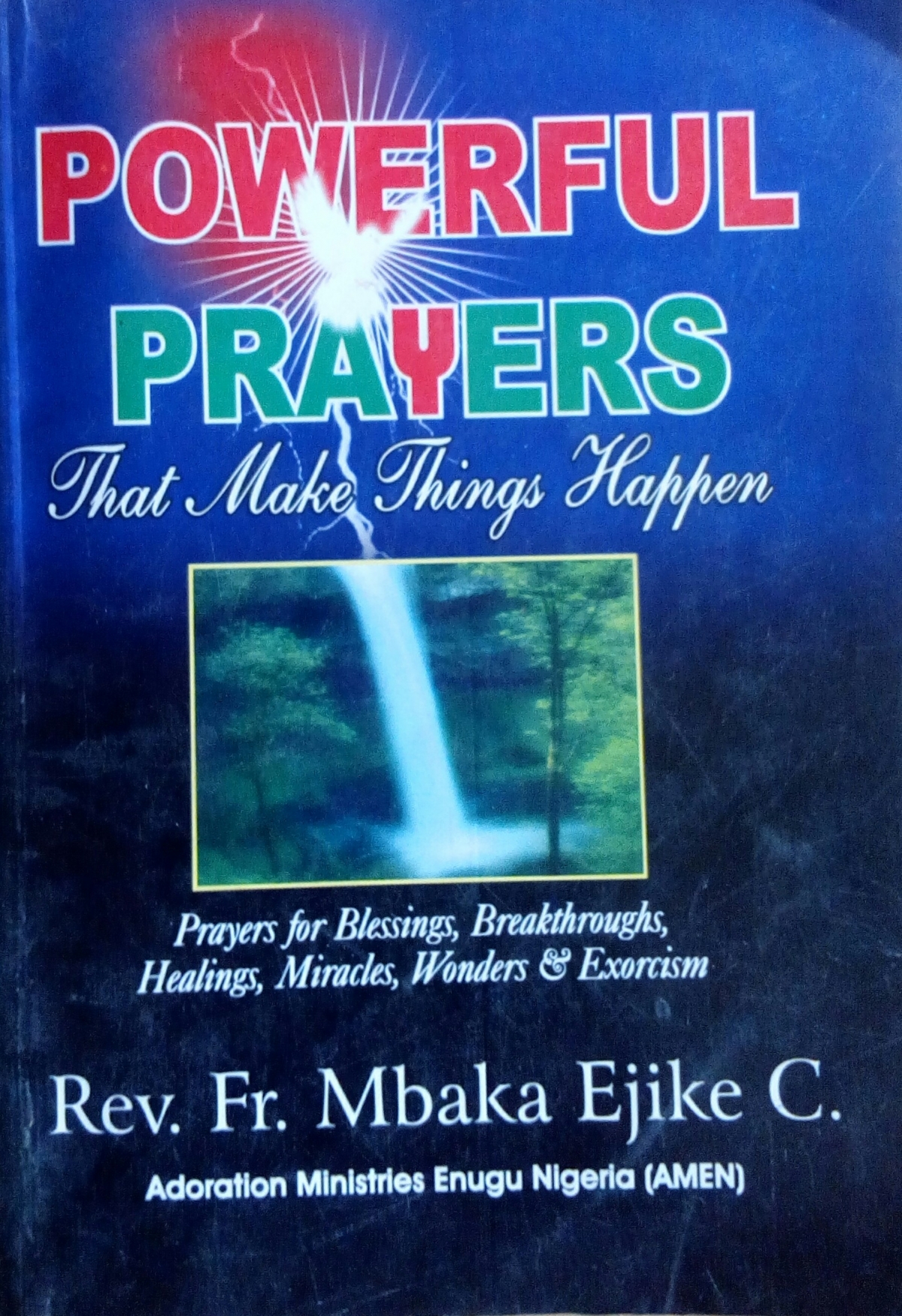 Powerful Prayers That Makes Things Happen
Rev. Fr. Ejike C. Mbaka
Attention
We use cookies to serve you better. We have to let you know this in accordance with EU laws. You accept our terms and conditions by using this platform. Please Click on the OK button below to hide this message
OK, I Accept