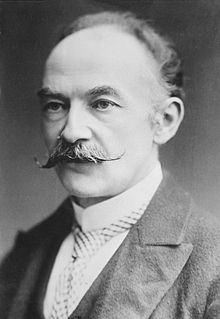 Thomas Hardy 297 views
Thomas Hardy, OM (2 June 1840 – 11 January 1928) was an English novelist and poet. While his works typically belong to the Naturalism movement, several poems display elements of the previous Romantic and Enlightenment periods of literature, such as his fascination with the supernatural.
While he regarded himself primarily as a poet who composed novels mainly for financial gain, he became and continues to be widely regarded for his novel, such as Tess of the d'Urbervilles.

Thomas Hardy, a male author is from England 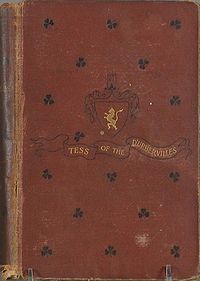 Tess of the d'Urbervilles
Thomas Hardy
Attention
We use cookies to serve you better. We have to let you know this in accordance with EU laws. You accept our terms and conditions by using this platform. Please Click on the OK button below to hide this message
OK, I Accept